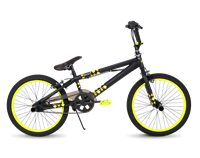 But, the Huffy bicycle seats are crap and not strong enough for today's children.
The solution is to replace the Huffy bicycle seat with a Bulletproof Bicycle Seat with Kevlar or more durable version specifically made with Kevlar Bicycle Seat for Jumping and Rough Use .
Huffy Bicycle Replacement Parts
Kevlar is used to make a variety of clothing, accessories, and equipment safe and cut resistant. It’s lightweight, durable and extraordinarily strong. Yes, it’s best known for its use in ballistic and stab-resistant body armor, as Kevlar® brand aramid fiber continues to evolve and allow heroes to be heroes. But it’s also on the ski slopes, the switchback trails, in demanding desert terrain, even the outer limits of space.
The Huffy Corporation is an American manufacturer and importer of bicycles. It has its roots in 1887 when George P. Huffman purchased the Davis Sewing Machine Company and moved its factory to Dayton, Ohio. They made their first bicycle in 1892.
Huffy Bicycle Replacement Parts
Previous Post
Next Post